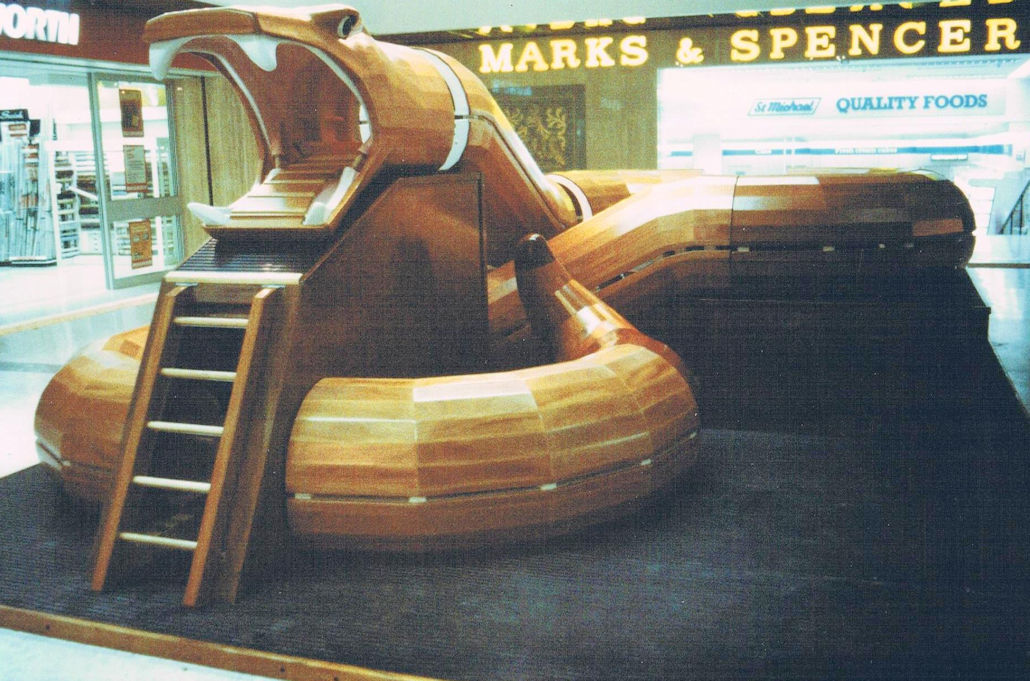 In 1980 a new client appeared on the scene. This was Trafalgar House Plc, a major financial enterprise with international interests in Engineering, Shipping and Property Development. They were behind the development of one or two shopping malls, including the Hardshaw Shopping Centre in St Helens. Their representative who contacted me regarding a play sculpture made it clear that something a bit special was called for, so I proposed an idea that I had been considering for some time. That was a sculpture based on the children's game of Snakes and Ladders in which one climbed a ladder and slithered down a snake.

In my sculpture there was short ladder leading up to the snakes mouth and a long tunnel, incorporating slides, leading to the exit at the tail.

This Snake and Ladder was called KES by the locals (Kid Eating Snake) and was counted a great success. It lead to the commissioning of another similar, but larger, sculpture for a shopping centre in Middlesborough.

This commission corresponded with the time that I was planning to leave England to set up a business in Italy, which to an international company such as Trafalgar House, presented no problem. I could make the sculpture in Italy and export it back to the UK. Maybe easier said than done, but the sculpture was eventually installed in the Hillstreet shopping Centre in 1987.