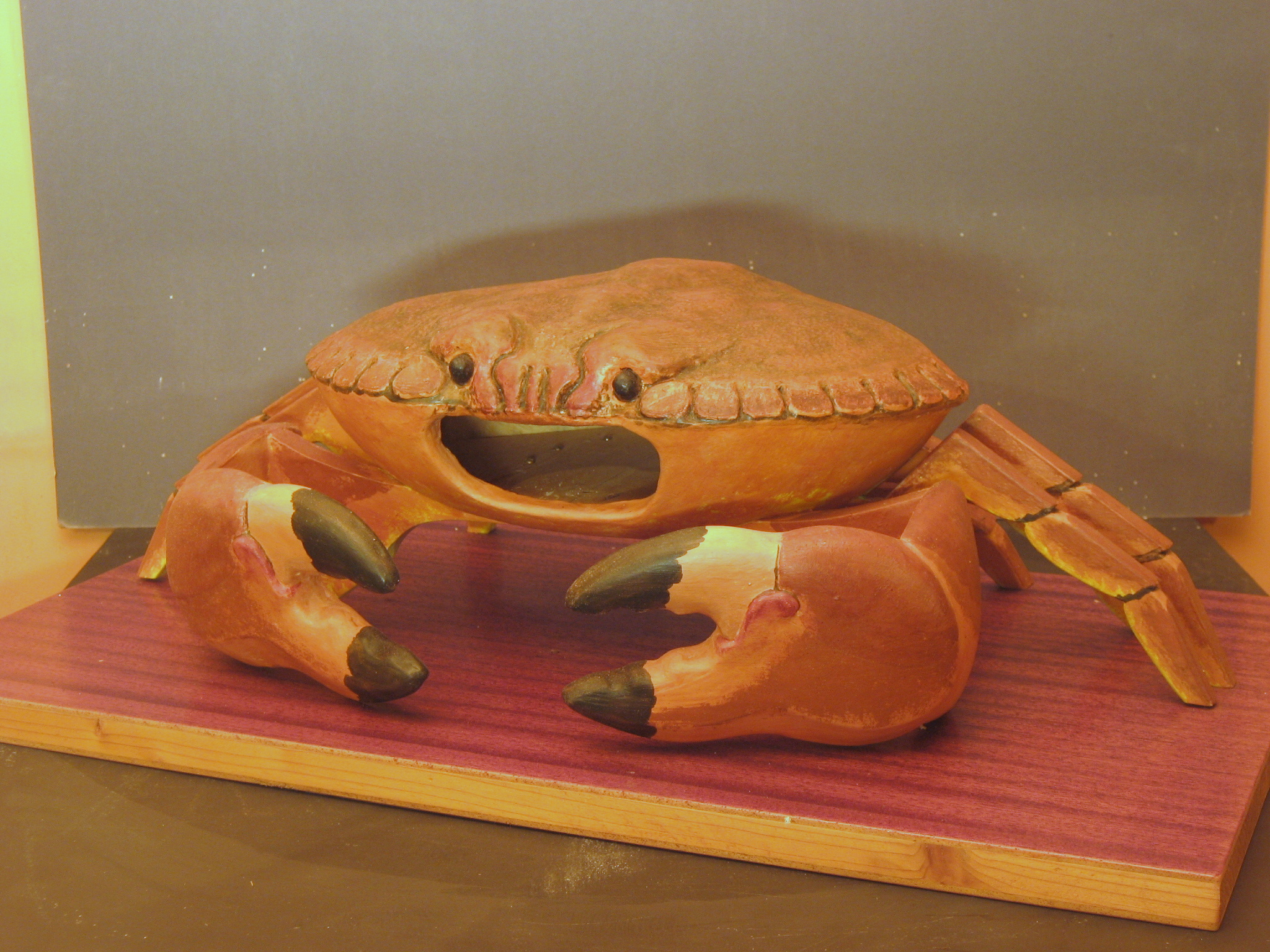 I was asked to propose a scheme for the Victoria Shopping Centre in Southend. This was a large development on three floors with open air stairways and walkways connecting the various premises. As my sculptures were to be situated in these open air spaces, I decided that they would have to be made mainly of fibreglass, as at Aylesbury. For a seaside location the choice of sea-shore subjects was obvious, so I suggested a Crab, a Lobster and something based on Cockleshells as the theme. I produced a small scale maquette of a Crab and sketches of my other suggestions to show to Hammersons, the developers, who immediately gave me the go-ahead. Around about the same time I was asked to make something for the Swan Centre in Kidderminster, for which the subject was also obvious. I made two Swans linked by a single crawl-through base.