The Project - The Plan

Having reached the stage of completing the initial sculpture, with its dynamic, pulsating interior, I now planned on filming it, particularly examining the kinetic interior through the various apertures in the "skull". By means of a zoom lens I intended to focus on details of that construction and especially on its more architectural forms.

Using techniques I had observed while working in the Film Industry I then intended to cut to other sculptures I was planning - enlargements of those architectural forms which would be discovered to be habitations that could also be further examined revealing the living spaces within them.

In the Film Studios I had always been impressed by the skills of the craftsmen - the carpenters, plasterers, electricians, painters, etc who using very basic materials could create convincing illusions of reality - palaces or cottages, exotic or humble interiors - whatever was called for. I considered I had many of these skills myself and would be able, at smaller scale, to produce my own set pieces for my project. What was more I knew I had the figurative sculptural skill to make the actors to inhabit these environments.

The first of my film sets was to be a Library.

For the Library I made many leather-bound and gold-tooled, miniature books and the book-cases to hold them. I made furniture to scale and even pictures to hang on the walls, and finally got one of my College students to model for a girl selecting a book and another reclining on a chaise-longue while reading a book. Initially all these component parts were moveable and could be assembled as required. It was only much later that these parts were consolidated, for exhibition purposes, into their final form. 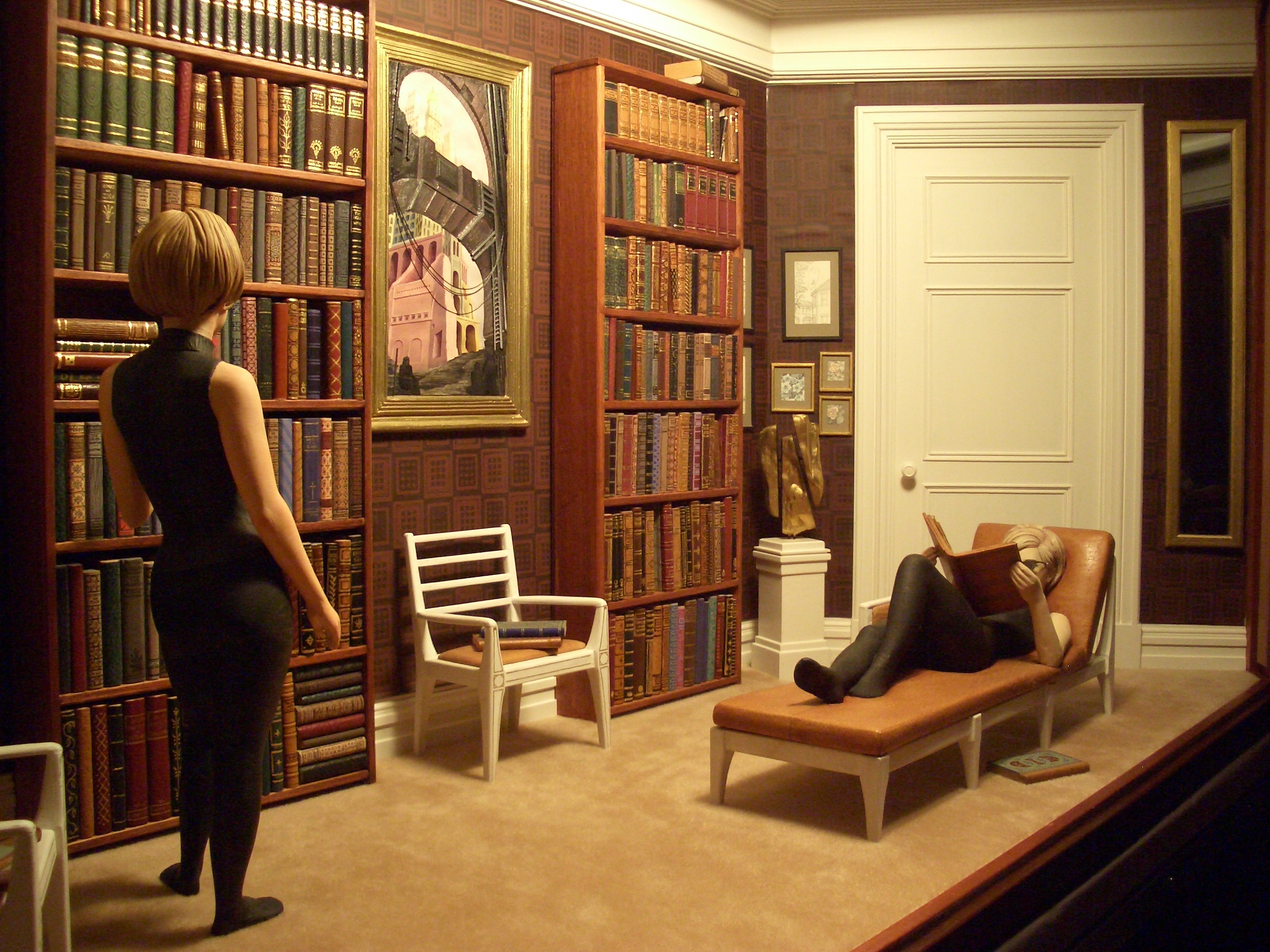 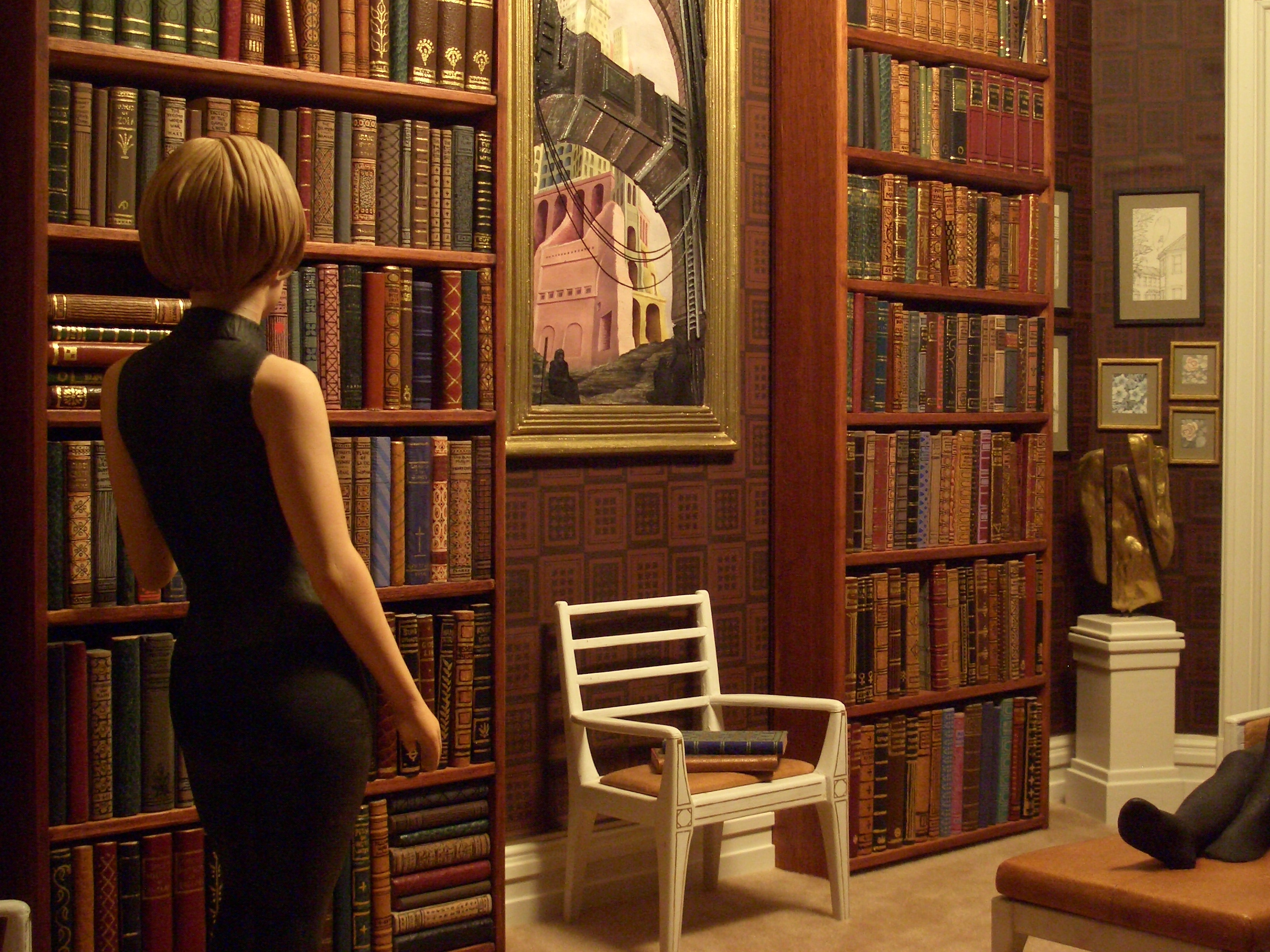 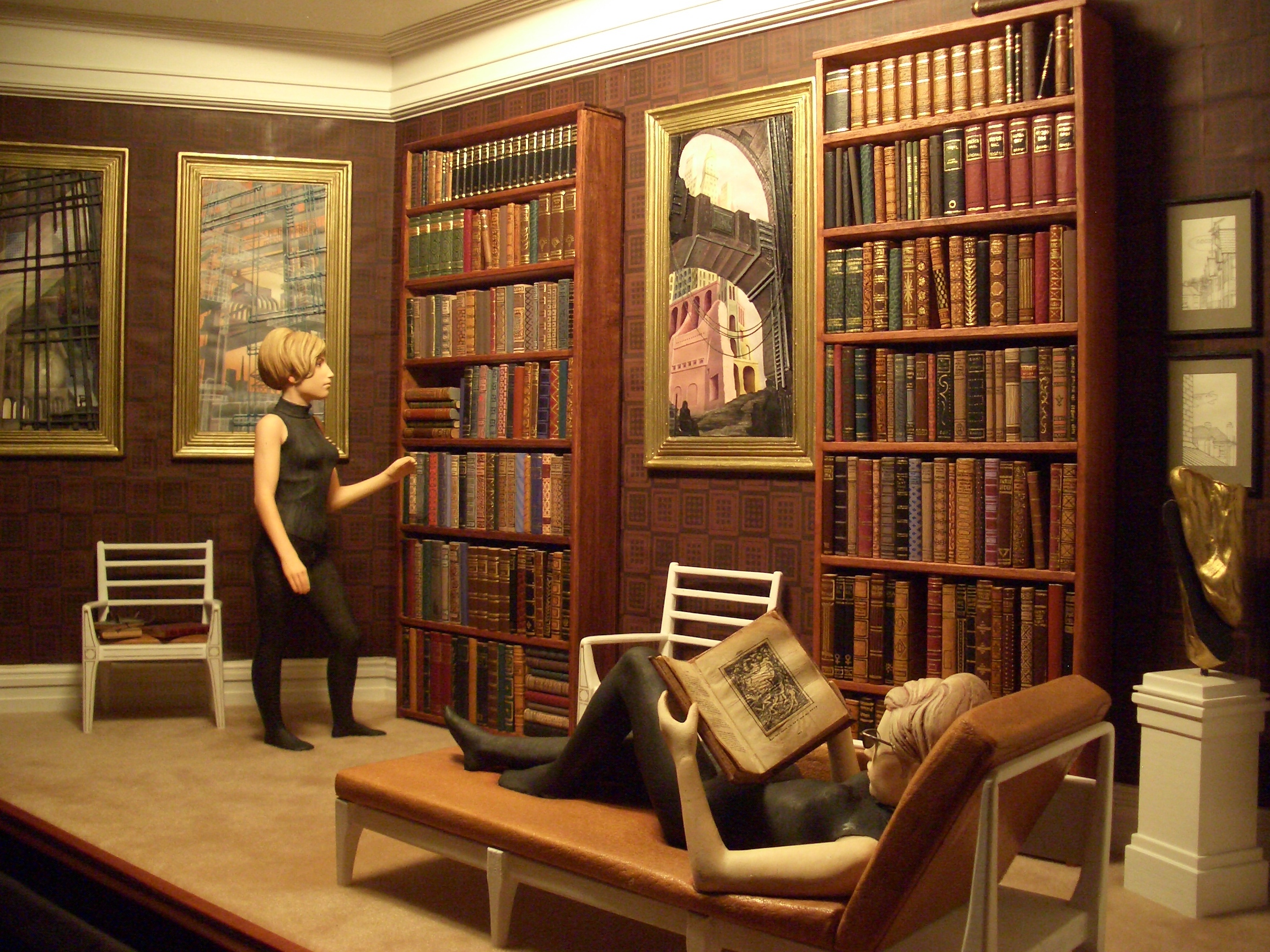 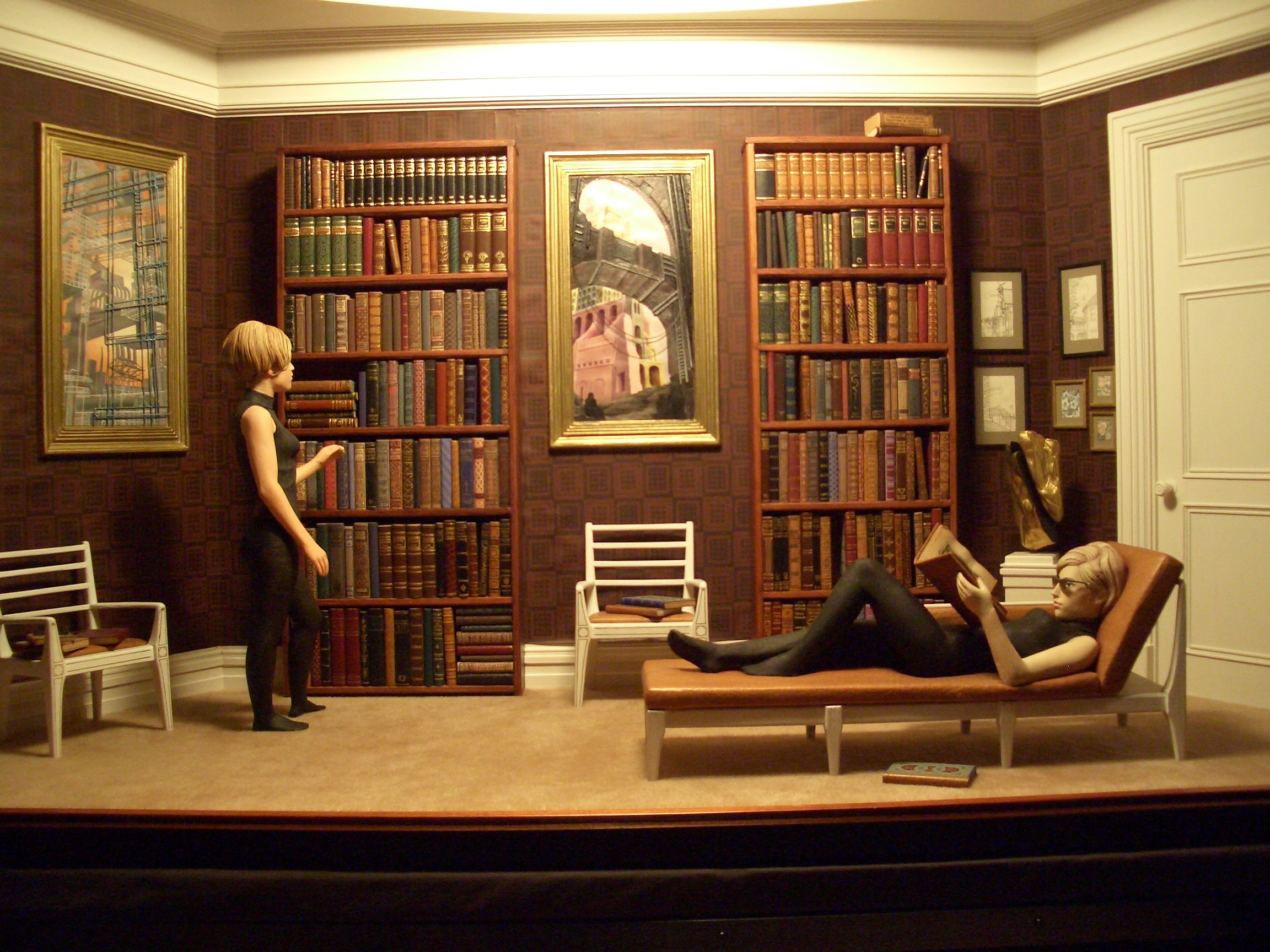 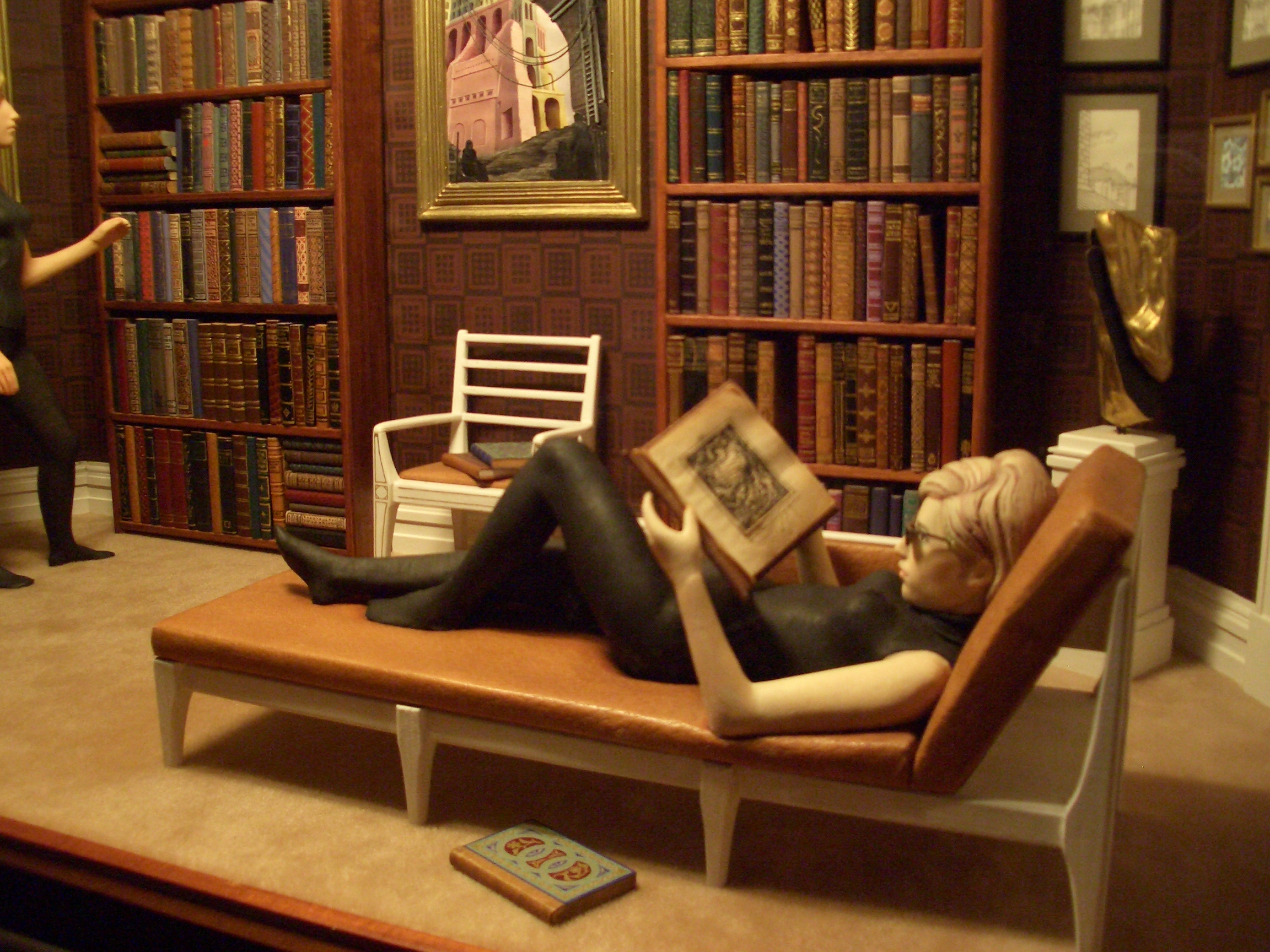 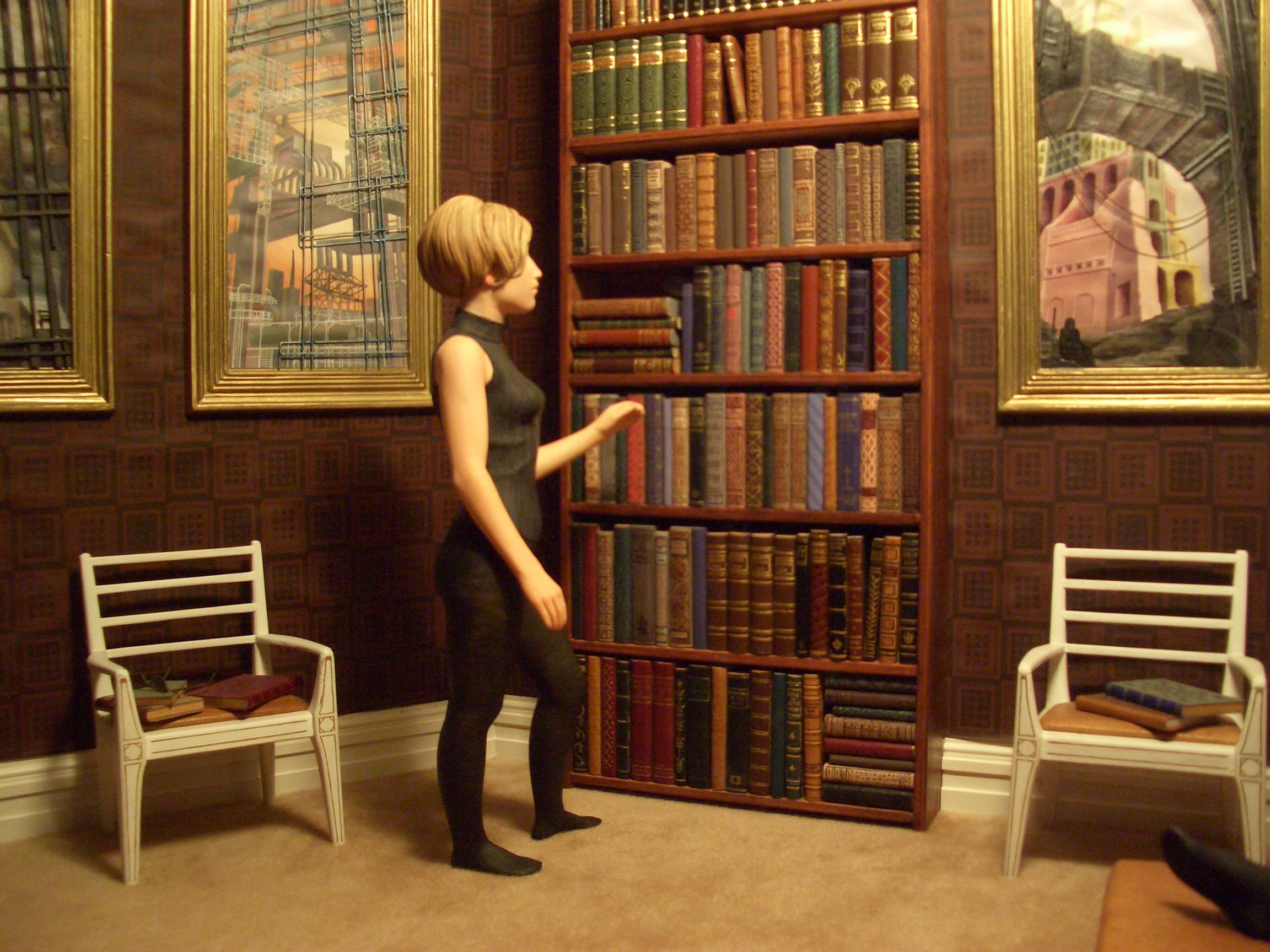 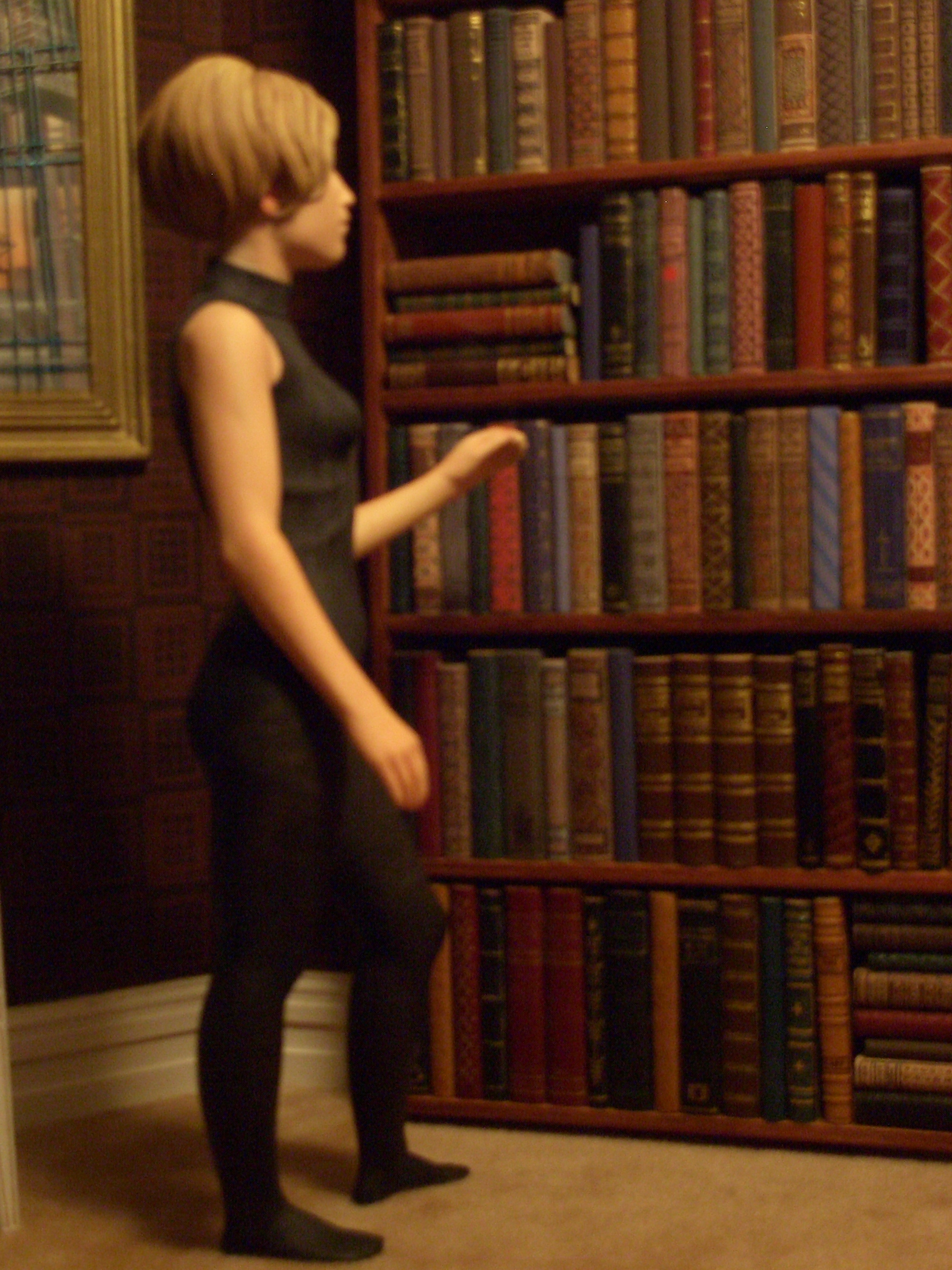