The little hermaphrodite represents the Psyche or the Self (masculine and feminine elements fused together) and stresses the essential loneliness of the human soul. 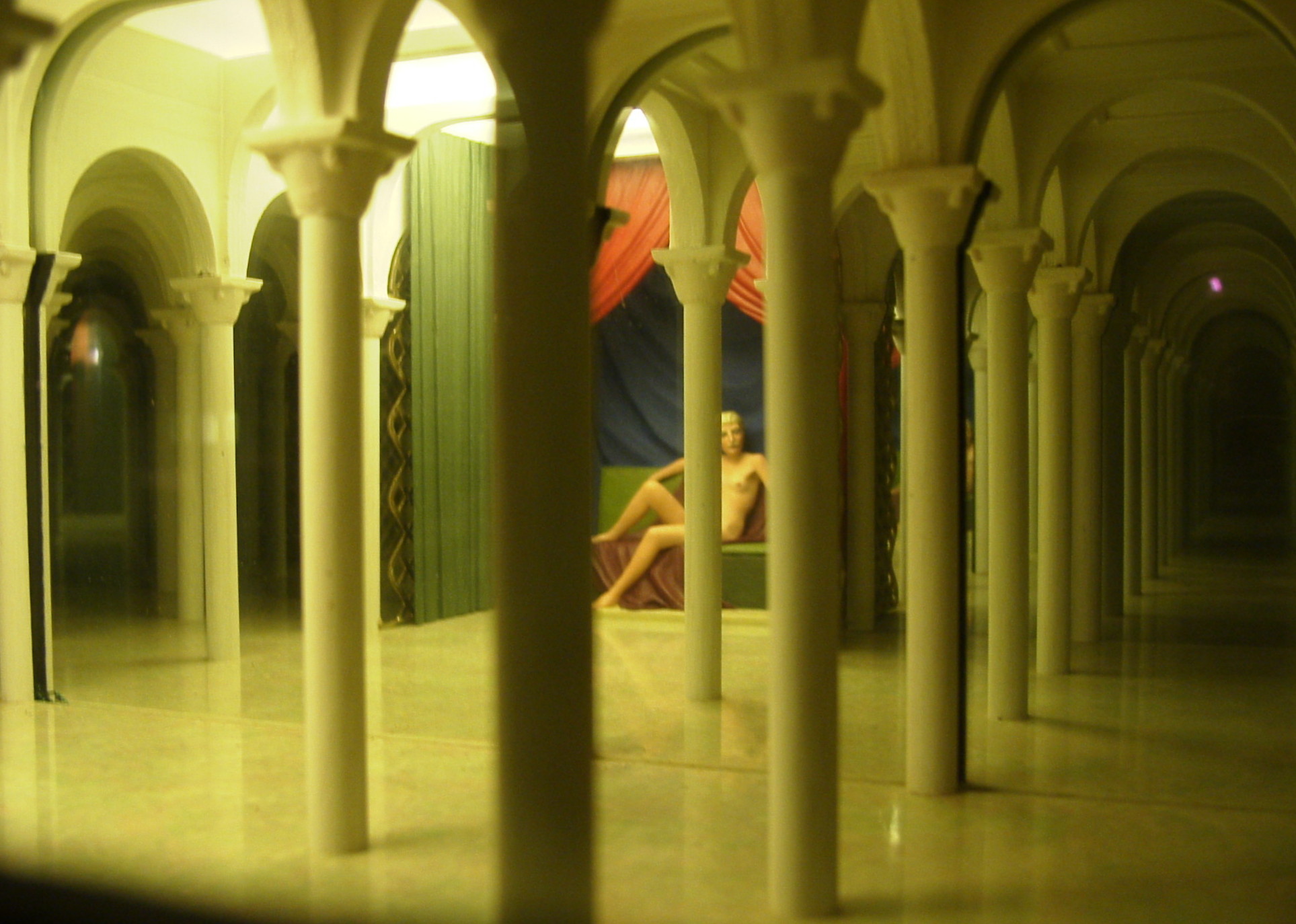 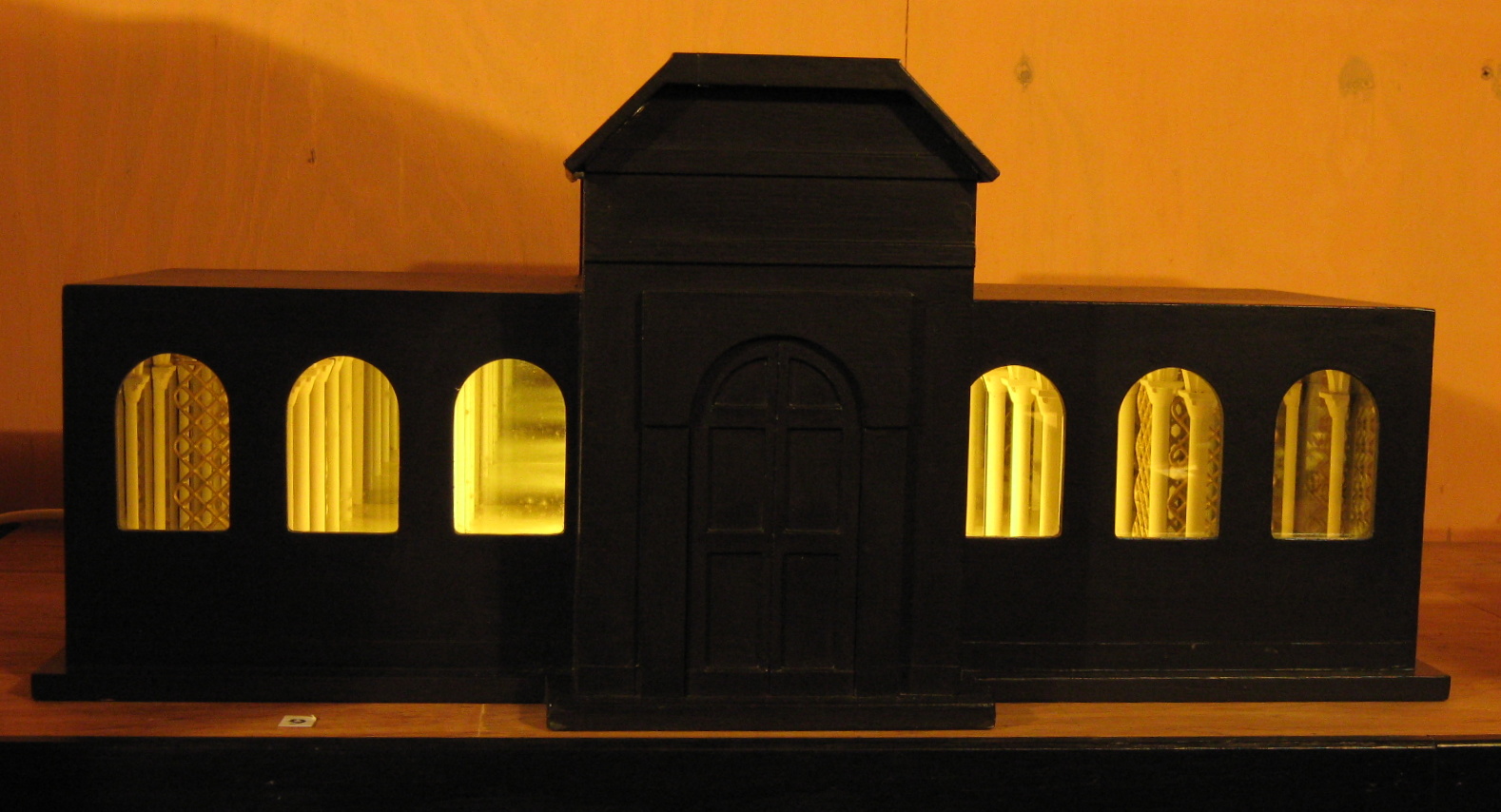 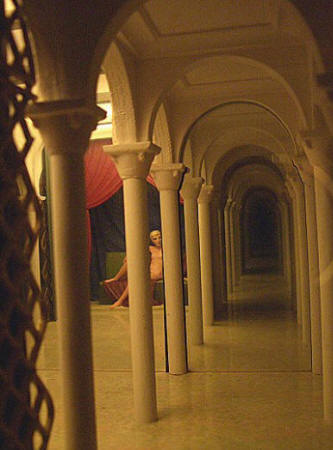 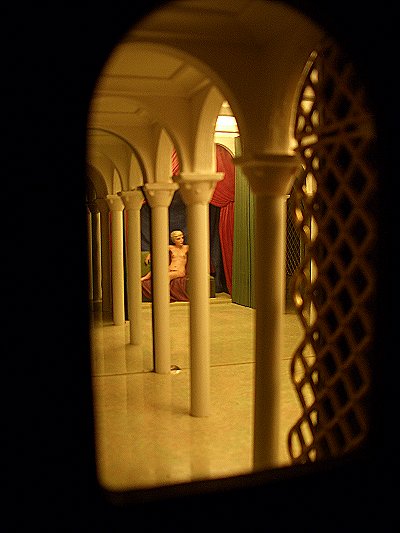 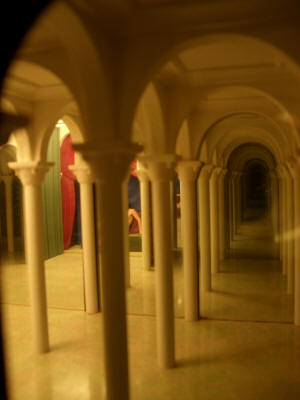 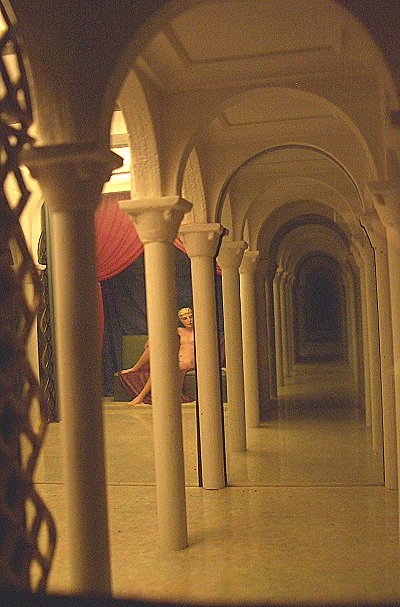 This, perhaps, my ultimate statement on this topic. In this piece I am trying to suggest the importance of the integrated personality with a regal figure within a palatial setting. 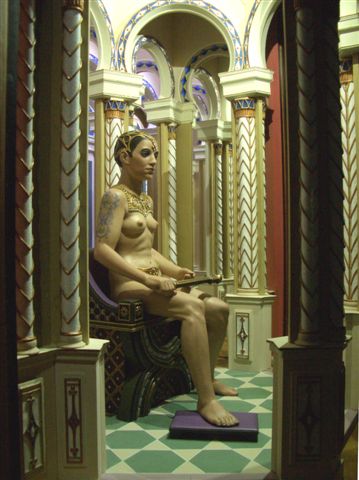 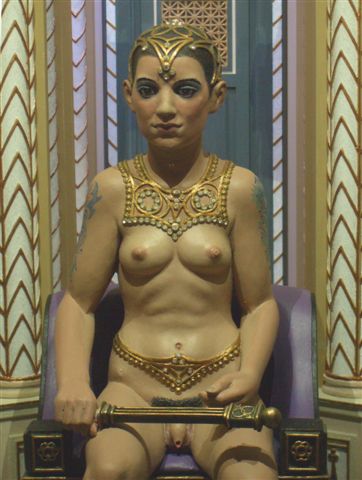 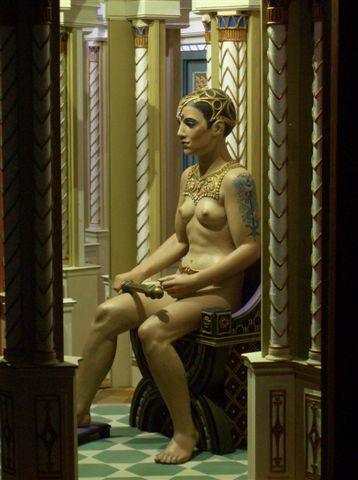 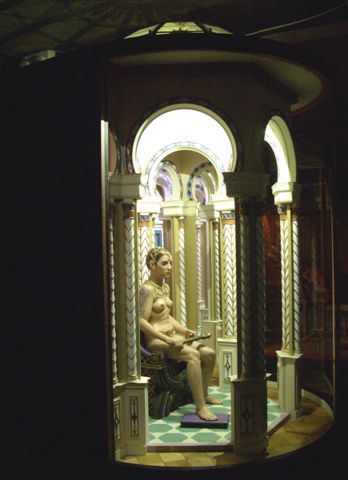 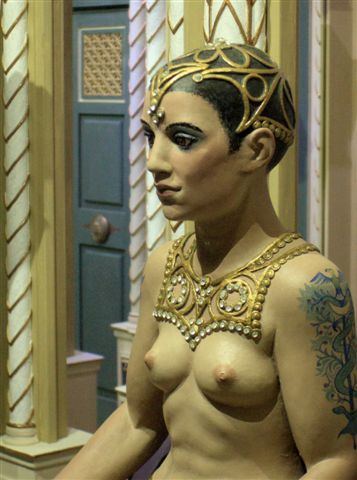 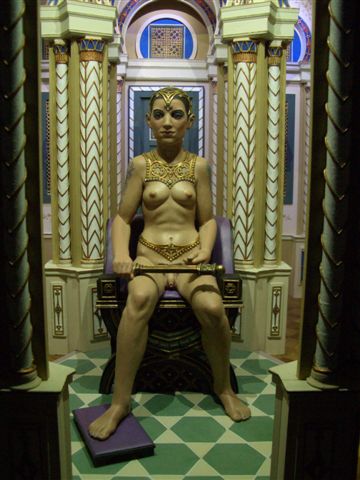 In dreams the archetype of the Self – often represented as an hermaphrodite - will appear as a character of great importance and dignity – a super-ordinary person. 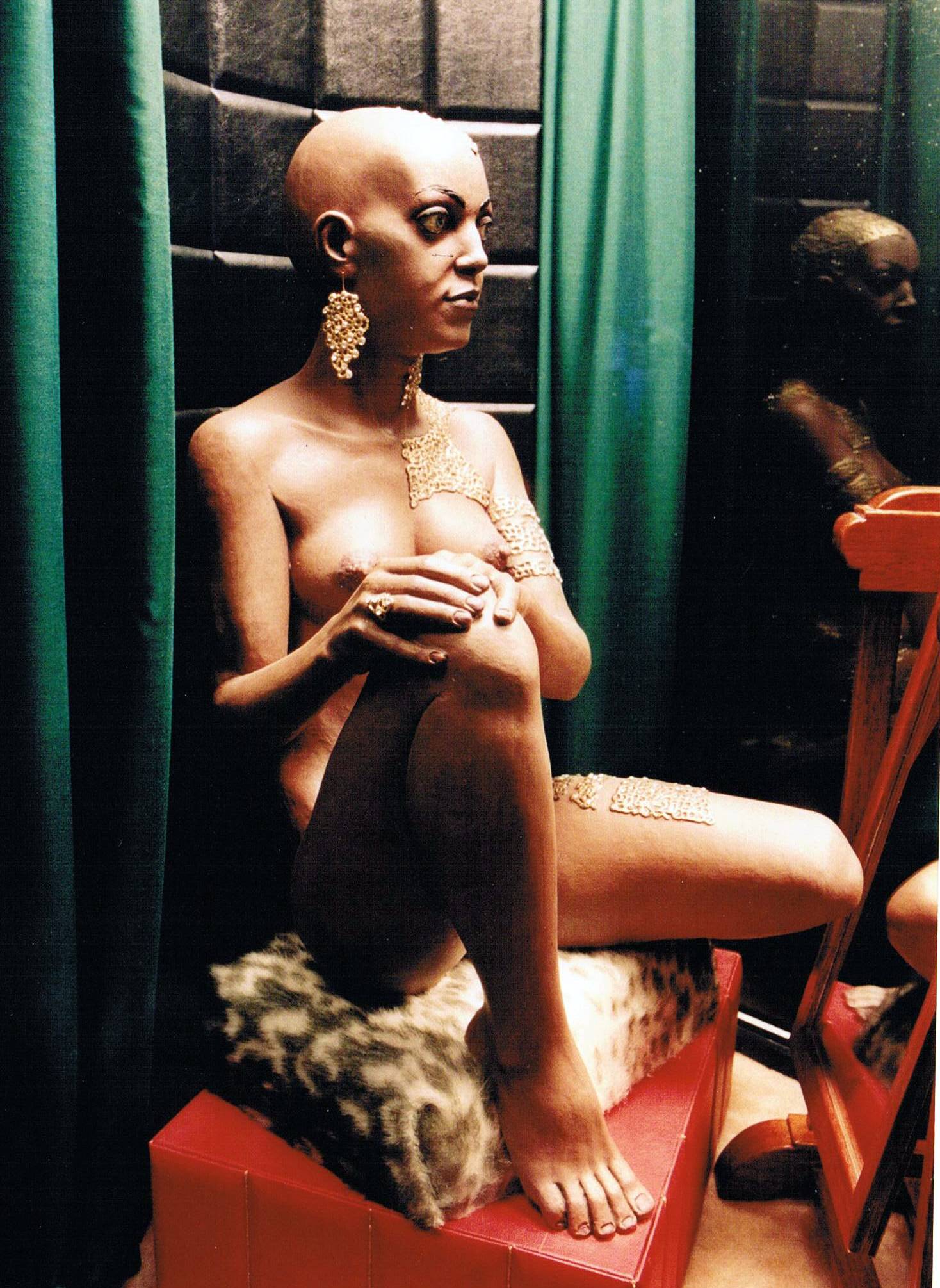 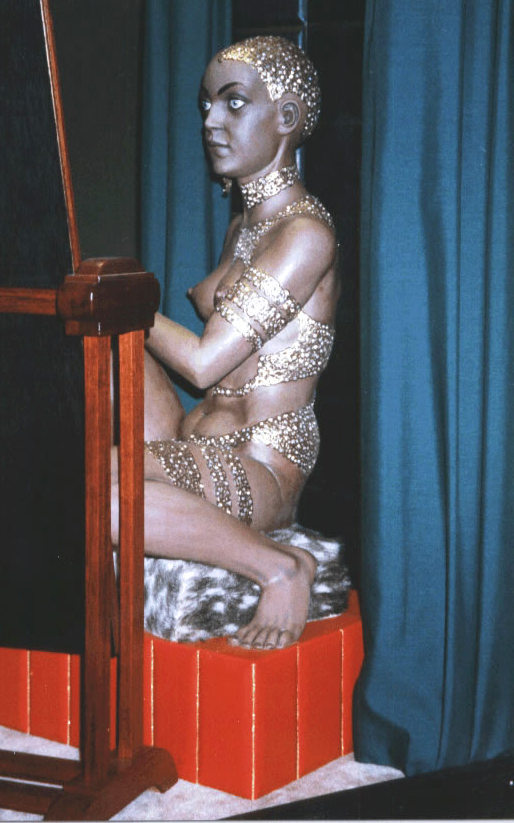 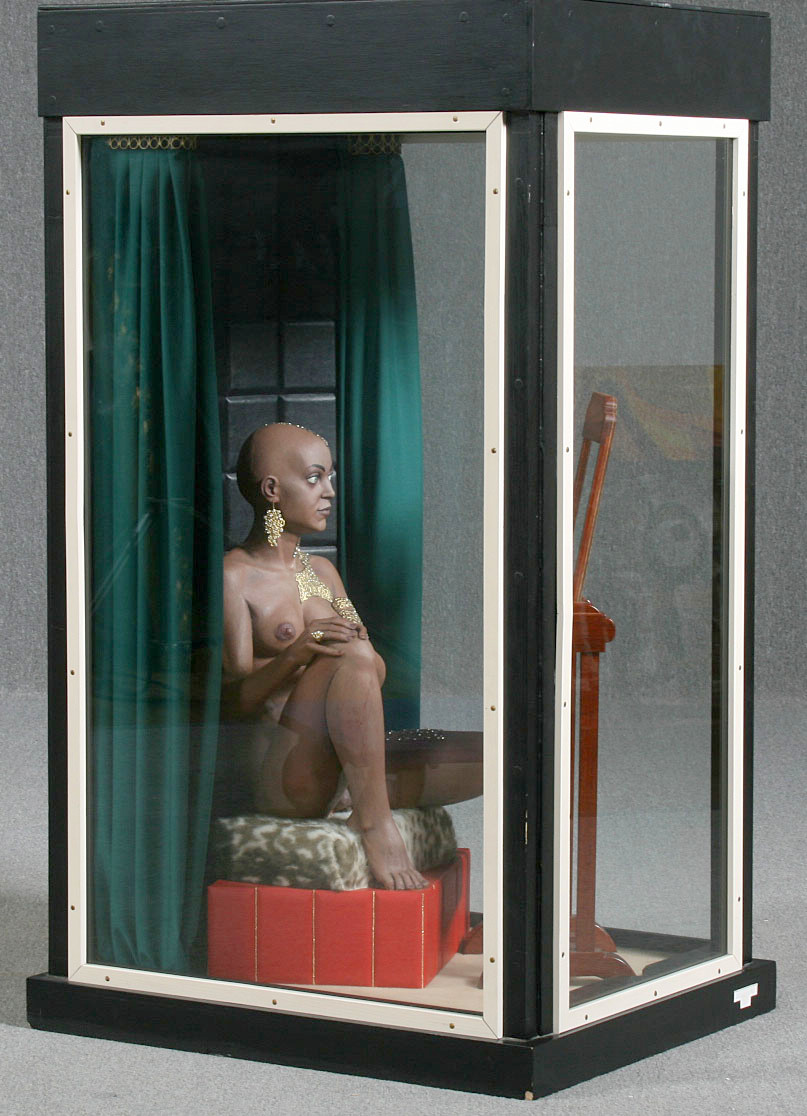 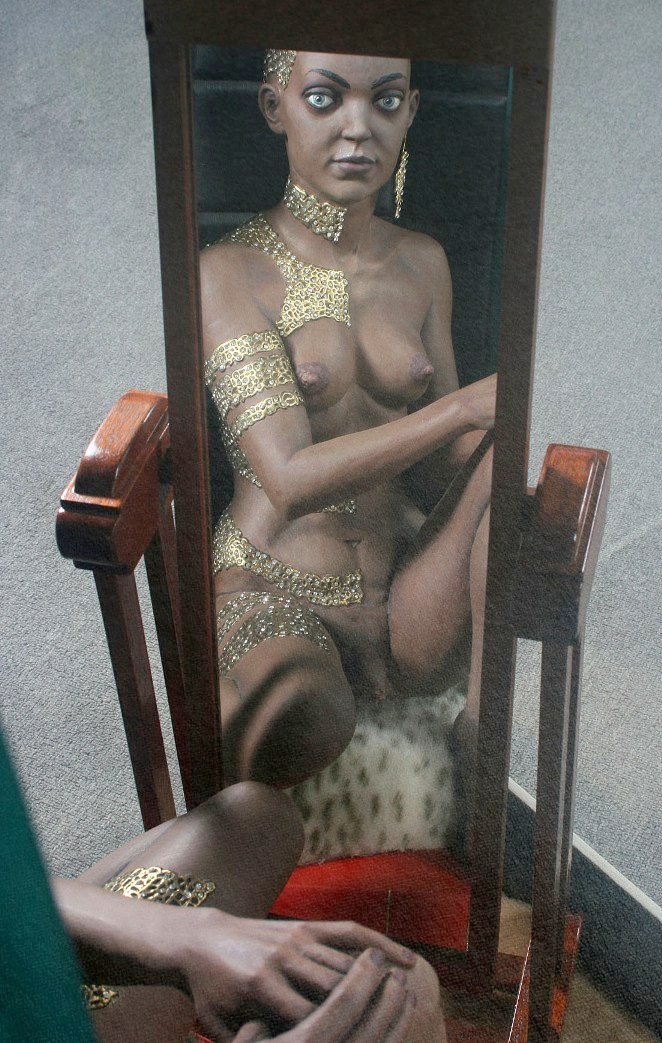 This hermaphrodite is absorbed in his/her own image and is equipped with the tools for self transformation. 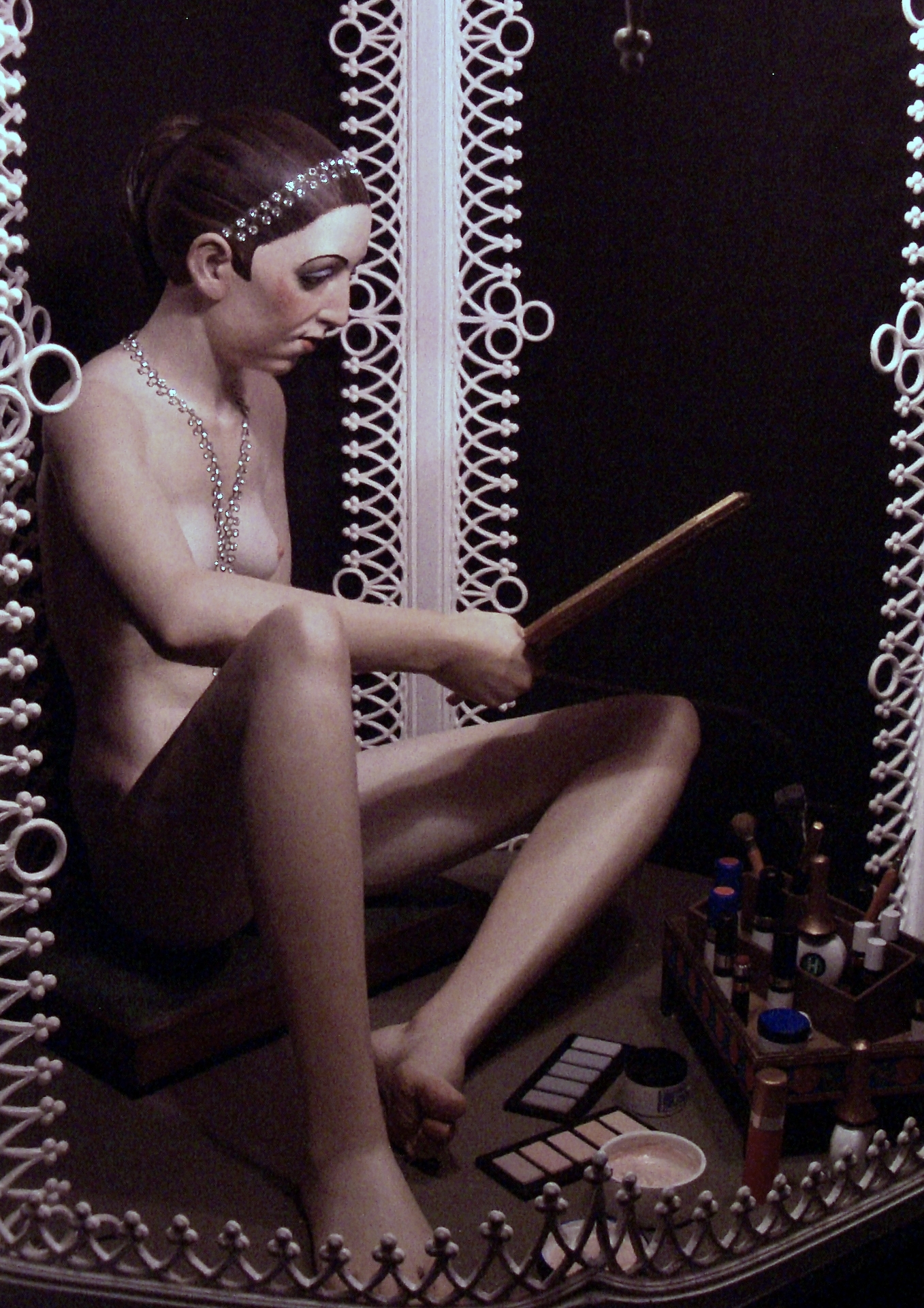 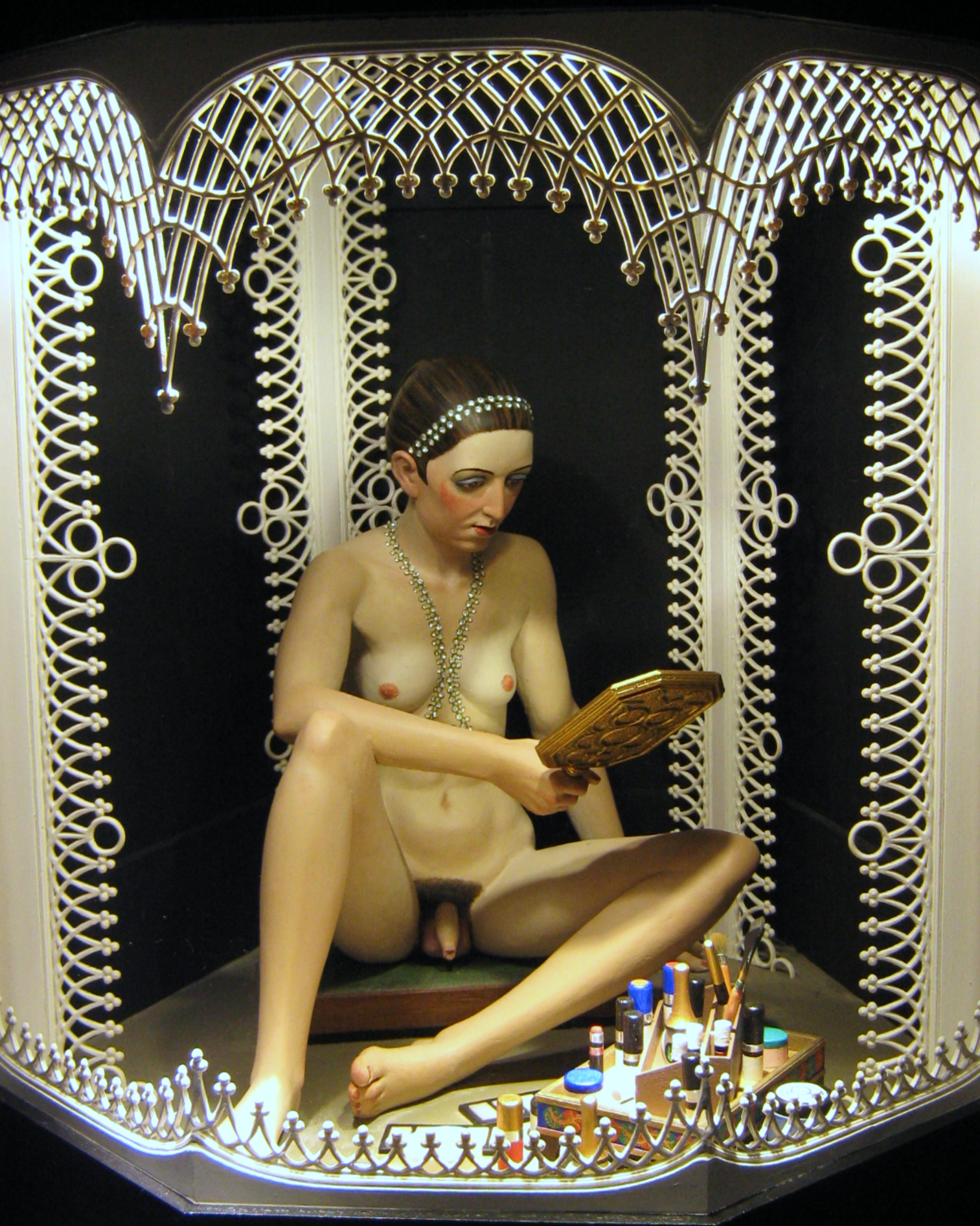 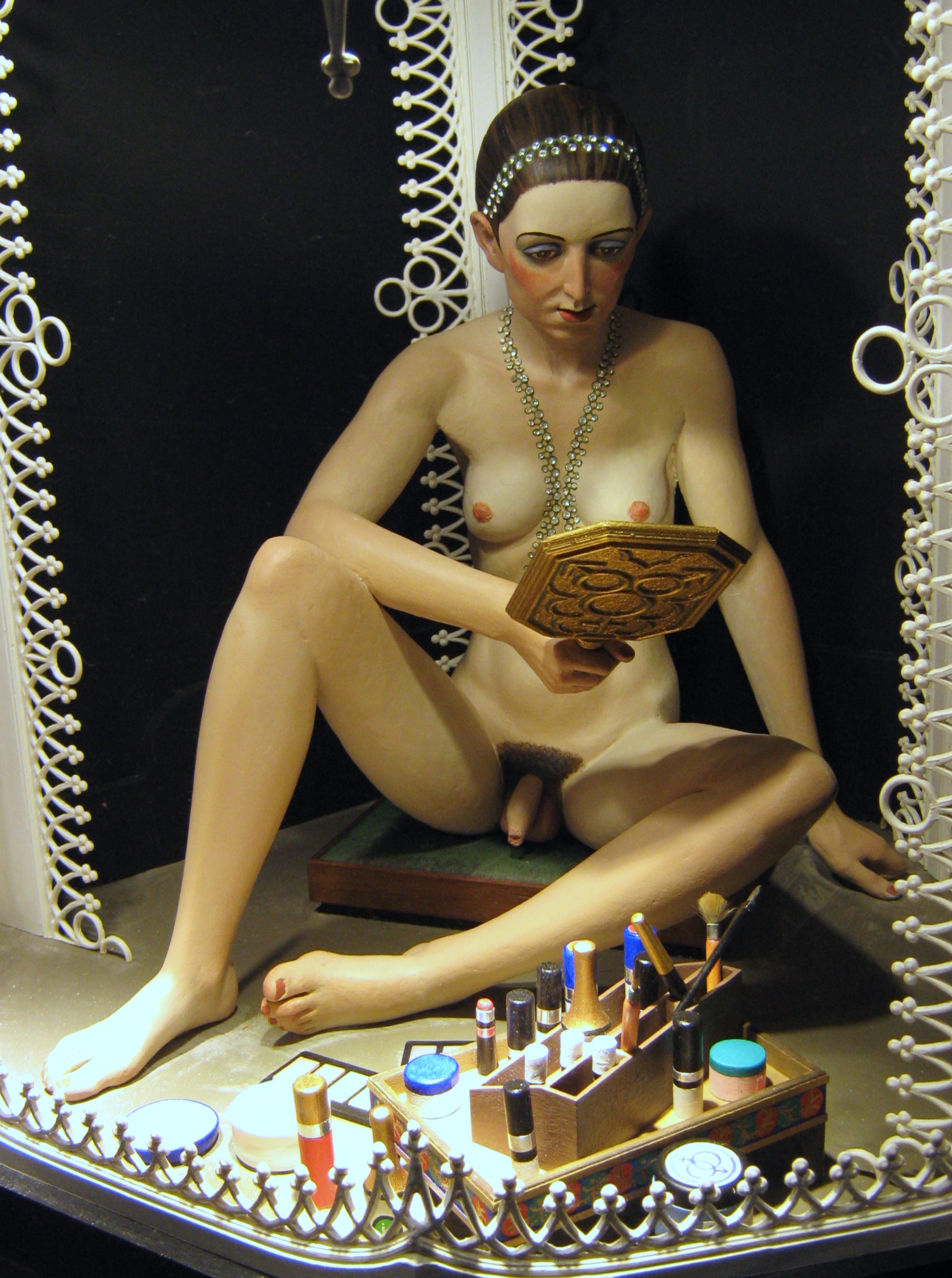 In Jungian psychology the Psyche is seen as androgynous, The hermaphrodite figure, incorporating a balance of male and female seems to be the perfect way to express this desirable harmony in the human soul. 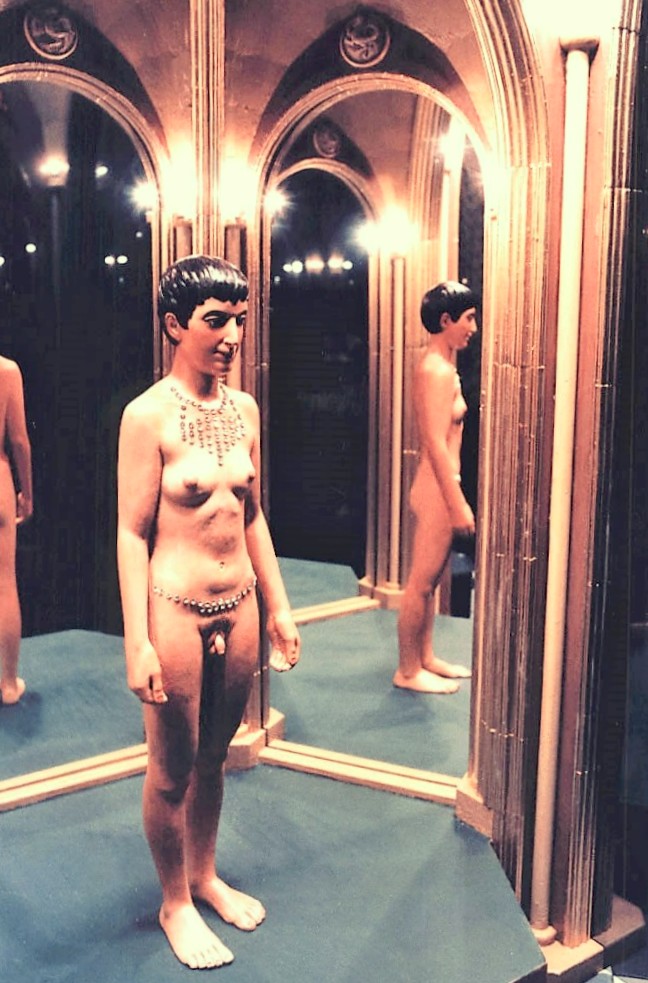 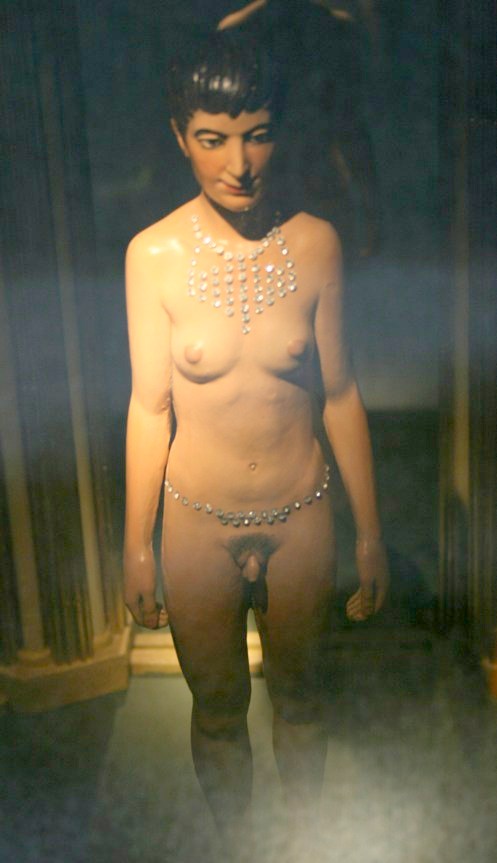 A powerful, numinous dream, in which one of my tutors from student days, appeared as a Hermaphrodite inspired another free-standing sculpture.

Quite early in my interest in Jungian ideas I attended a lecture in which the speaker referred to "the androgynous nature of the Psyche". This gave me the idea of introducing the Hermaphrodite into my work as a symbol of the Psyche - the integration of the feminine and masculine aspects of the personality into a well balanced whole.

My earliest effort on this theme was in a small, illuminated environment I called "the House of Mavels" in which a hermaphrodite reposes in a colonnaded interior.

"Hermaphrodite - Being" originally a small free-standing figure to which I later made a setting.

A powerful, numinous dream, in which one of my tutors from student days, appeared as a Hermaphrodite inspired another free-standing sculpture.

Following my dream of the Hermaphrodite I felt that my Unconscious was telling me to persist with this subject and I produced three more sculptures on this theme.

In "Hermaphrodite - Transforming" I show the figure, with female make-up articles, regarding him/herself in a hand- mirror and making final adjustments to the transition.

In "Hermaphrodite - Reflecting" he/she is gazing thoughtfully into a cheval-mirror, well satisfied with the new developments.

In "Hermaphrodite - Enthroned", my final attempt at the subject, I show the figure, within a palatial environment, fully balanced, with masculine and feminine aspects of the personality now integrated. An important step on the road towards the goal of Jungian Psychology.