Whilst working on my Anima inspired sculptures I could not help but wonder about other artists in art history who, before Jung had identified the Archetypes, were motivated by similar unconscious drives. Personifications of the Anima in countless mediaeval Virgin Marys spring to mind, as do the images of Venus and other mythical females during the Renaissance, and later epochs. The dreamy ladies produced by the Pre-Raphaelites seemed to me to be fine examples, and one Victorian artist in particular caught my attention.

Jacques Joseph Tissot, a gifted French artist working in England, became enamoured of a strikingly beautiful young woman named Kathleen Newton, who became his model, mistress and muse. From being mainly a society painter his art tended towards domestic subjects, reflecting the "bliss" in which they lived, and usually depicting her, richly apparelled, in a variety of fashionable settings. When she died prematurely from tuberculosis, in his grief he sat for four days by her coffin and his painting thereafter was mainly of religious subjects.

My sculpture "Dressing Table" I made as a tribute to his Anima obsession, showing his lover as she might have prepared herself for an outing.

All the detail for this piece I thoroughly researched as being appropriate for the 1870s, the time of their relationship. The study for the dressing table itself I made from a furniture catalogue of the period and the costume details from fashion sources. 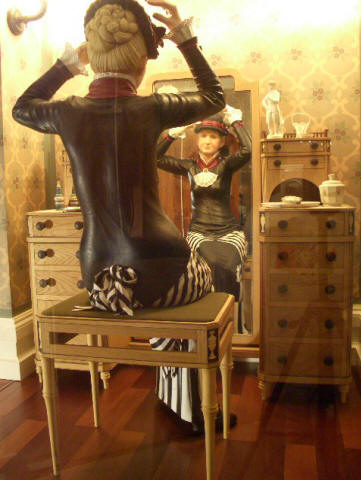 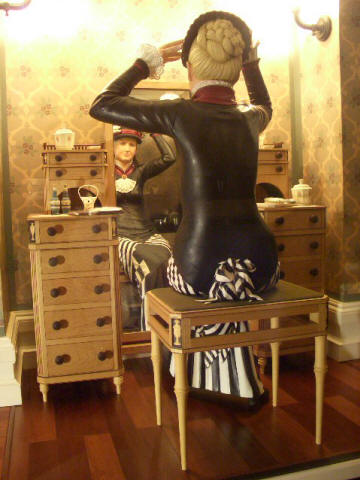 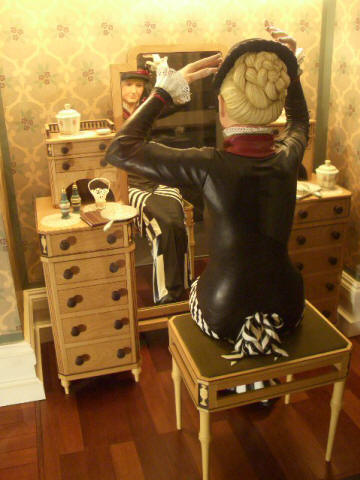 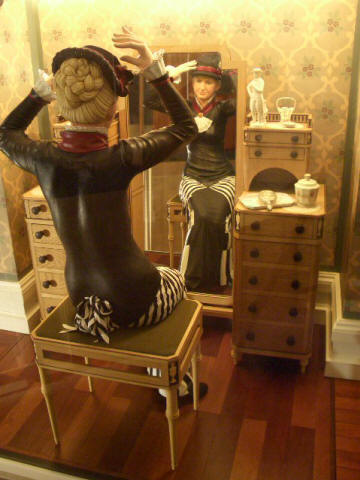 Previous Next
© Peter Hand 2020
Designed and built by Paul Newlin